SIP full form is Session Initiation Protocol. A signaling protocol, broadly used for establishing, connecting and disconnecting communication paths, sometimes voice or video calls over the Internet Protocol.  SIP is a standardized protocol with its foundation coming from the IP neighborhood and typically makes use of UDP or TCP.  The specification is given in RFC 3261. The protocol can be utilized for establishing, modifying, and terminating two-party (unicast) or multiparty (multicast) communication channels, consisting of a number of media streams.  Modifications can embody altering IP addresses or/or ports, inviting extra individuals, and including or deleting the media streams. 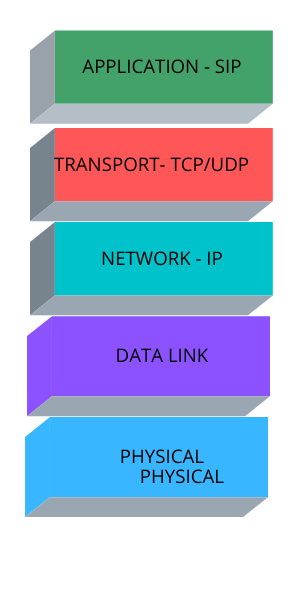 As per the OSI model, SIP is an example of an application layer protocol.  Being a signaling protocol (like SS7). It only carries the media and other information. Actual media is outside of the scope of the protocol.  RTP is another protocol for sampling and carrying media over a session set up by the SIP protocol.

The following are the basic function SIP does for communication over IP.

The SIP network has nodes for registering a SIP client to the network and routing the calls. The following network elements are in the VoIP network. 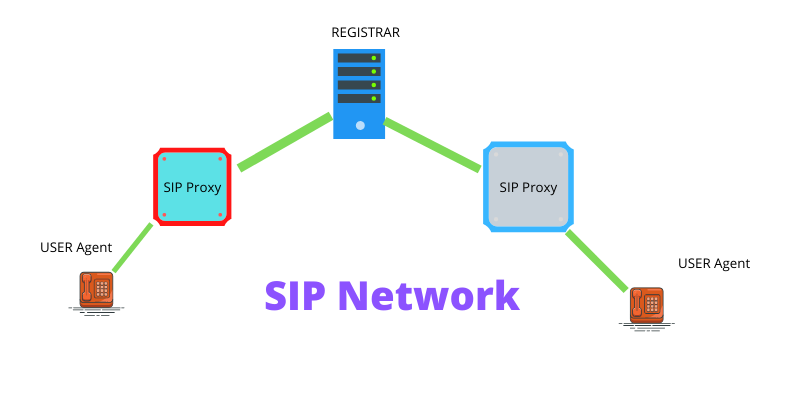 User Agent – This is the application of an IP phone, that initiates or termination a call.

Registrar – It is a logical server. A user agent registers itself with a registrar in the network. Using the server, a user agent can be located.  When there is an MT call to the  SIP user agents, the registrar provides the serving IP of the agent.

SIP proxy –  Routes the call messages and others. Generally, a REGISTRAR is co-located with the proxy.