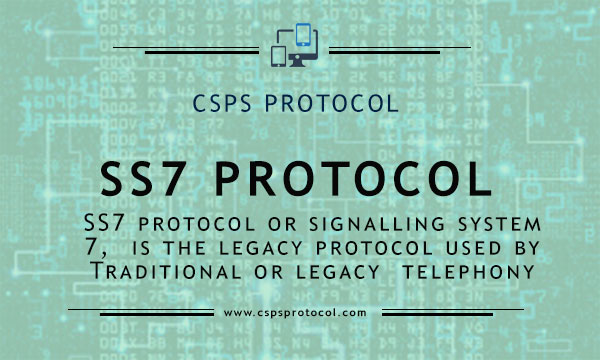 E1 has 32-time slots (links) and T1 has 24-time slots, there are variants also, but those are specific to fewer countries e.g J1 in Japan.  The protocol stack is based on the layered architecture, which follows the OSI model partially. In the stack, a layer below is a service provider and a layer above is the service user.

The trunks are set up between telephone exchanges to carry protocol messages for voice and signaling. An SS7 trunk has multiple circuits (time slots). You can imagine a trunk like a pipe that has a bundle of wires inside. When a call setup message (ISUP signaling) originates from a switch/exchange, a circuit from the trunk is reserved for that call.

Transfers bits over a physical channel in form of electrical signals.  Have physical ports to connect the cables.  A card may have its own CPU and RAM. When someone buys an SS7 card, it also comes with MTP2.  An SS7 card may have multiple slots and each slot has multiple channels (32 – E1, 24 -T1).

This is the network layer that implements the mtp3 protocol. This does end-to-end routing of SS7 messages. This is the network layer in the ss7 protocol stack. For routing mtp3 routing, the level is defined. The routing level is defined in the MTP3 header, which contains OPC, DPC, and SLS. Mtp3 specification is given in Q.704.  DPC is the point code of the destination ss7 node, OPC is the originating point code, and SLS is used for the load distribution of MTP3 user messages over links.

Remote Point code status management, mtp3 maintains the configuration and remote point code status. The status may be available or unavailable. The user of mtp3 gets pause or resume indications for a remote point code. While routing a message the status of the remote point code is checked.
Link Alignment:
Once a link is configured at MTP2 and MTP3 level. MTP3 layer starts the link alignment by sending an alignment request to the MTP2 layer.  This starts link alignment at the mtp3 level. Once a link comes up on the mtp2 level. Mtp3 receives an in-service indication from the MTP2 layer. MTP3 sends an SLTM message to the remote end. If SLTA received in response to SLTM then the link is marked up at the mtp3 level. If the link is the first link in a link set then it’s an emergency link alignment procedure, else it’s a normal link alignment procedure.
Transfer Prohibited (TFP):
This is the MTP3 procedure by which a signaling point code can mark a route unavailable for a destination point code. This updates the routing table for a destination point code. When a signaling transfer point (STP), detects that a point code is not reachable.
Load Sharing does the load sharing on over Linkset and links based on SLS received from the user.
Change Over, when a link fails the failed link’s traffic is distributed to the available links.
Change Back, when a failed link comes back, the traffic is rerouted back to the link.

SSN configured on the SCCP layer can be local or remote. Before sending a message to peer SSN, SCCP layers check the status of remote SSN, if is down message is dropped. To check the status of an SSN,  a peer transmits the SST and waits for SSA.  This procedure is optional, a remote SSN can be marked as available when peer point code comes up after successful link alignment.

A user primitive is the interface a layer provides to access its services, SCCP Provides request primitives, to request a service from the layer, and Indication primitives, to inform events received from the network.